Meet With Our Experts

Paul was President of Usona Anodizing Company from 1988 to 1999. He managed all areas of accounting, environmental compliance, legal matters, employee relations, facilities management and the overall performance of the company. In 1994, due to aggressive growth, he moved the company into a larger facility in close by south St. Louis. From 1994 to 1999, the company again experienced an aggressive growth pattern and it was necessary to move into a much larger facility. In 1999, he acquired Usona Anodizing Company in a stock purchase and formed Usona Metal Finishing.

In 2000, Paul acquired the real estate and assets of Kessels & Webb, a competitor in Cuba, MO. Usona Metal Finishing was formed and operated out of the new location in Cuba, MO and also maintained operations in St Louis, MO. The company continued an aggressive growth pattern. In 2004, Paul acquired the real estate and assets of Metal Coatings, a specialized powder coating company in North St Louis, MO. This facility offered fluidized bed powder coating and was acquired to service Usona’s largest anodizing customer, which had significant demand for this specialized process. Metal Coatings became a part of Usona Metal Finishing and the company as a whole continued its agressive growth pattern until 2008 when the demand for the powder coat process moved to Mexico and the powder coating division was shuttered.

Paul earned his Bachelor degree in Economics from the University of Missouri- Columbia. He is a member of the Kappa Sigma Fraternity.

Paul is an active member of the ASPCA and Humane Society of Missouri. He is also an active fund raiser for the St Jude Walk/Run to end Childhood Cancer.

Dave served as Vice President of Finance in the Southwest Group of Enterprise Holdings.  He oversaw all functions related to accounting and financial statements, internal controls, cost control, payroll, legislative and government relations, privacy and security, government compliance, legal matters, business ethics, risk management, vehicle repair, and facilities operations.  He was also involved in personnel, vehicle management, vehicle sales, and the overall performance of the group, which he helped grow from 37 to 180 daily rental branches, two to five car sale dealerships, and zero to three commercial truck branches. He also supported the opening and development of a commercial leasing division and the merger and acquisition of National Car Rental and Alamo Rent-A-Car in his territory.

Dave began his career with the public accounting firm of Pricewaterhouse Coopers in St. Louis, MO where he became a Certified Public Accountant and was promoted to Senior Accountant.  Dave then joined Enterprise Rent-A-Car at their Corporate Headquarters in St. Louis. Dave had the opportunity to help open a new subsidiary for Enterprise that would cover most of Connecticut and the Western Massachusetts markets.  He was promoted to Business Manager of this newly created subsidiary based in Hartford, CT. After helping grow this new subsidiary to 17 branches, Dave had the opportunity to move to a larger market and was promoted to Controller of the Southwest Group of Enterprise, based in Oklahoma City.  This Group spanned six states including MO, KS, OK, AR, LA, and TX.

Dave served as an active member of the Urban League of Greater Oklahoma City Board of Directors where he was recognized as Board Member of the Year in 2012.  He is a member of the golf committee and has served as a team captain for the Autism Oklahoma PieceWalk and 5k since 2007, with his team of 75 members raising $75,000 to date for Autism Oklahoma.  Dave is also a volunteer at Wings Special Needs Community. 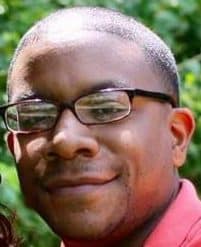 William is an experienced procurement and contract leader with expertise in managing proposal activities, contract negotiations, and project management in the Aerospace, Agriculture, Property Management, and Information Technology industries.

William has been central to numerous successful proposal campaigns and has led critical negotiation activities with entities such as the Naval Air Systems Command (NAVAIR), Air Force Research Laboratory (AFRL), NASA, as well as international governments like the Republic of Korea Airforce (ROKAF). He has also shown himself to be a valuable resource in the commercial space as well, leading the negotiation, drafting, and post-execution management of contractual agreements with research institutions and commercial technology providers, including licensing deals, collaborations, and acquisitions.

William earned his Bachelor of Arts in Business Administration degree, and also received a Master of Arts Degree in Procurement and Acquisitions Management, from Webster University in St. Louis, MO.